The Neurone ONLUS Foundation was established on April 27, 2006 at the behest of its president and founder Gulio Nicolò Meldolesi, M.D., psychiatrist, and his wife, Emanuela Costa, M.D., internist. Its primary objective is to support the realization of medical-scientific and biotechnological research aimed at identifying the etiological mechanisms, the prevention and treatment of serious and disabling neurological and psychiatric diseases.

On Feb 2021 BraVI project has started. 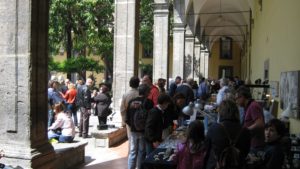 In 2019 the Foundation is winner of the National Operational Programme (PON) “SI Robotics Project” in partnership with several other partners:

The SI Robotics Project aims to develop robotic devices for improving the quality of life of the elderly, disabled and frail subjects, in relational and social areas.
The Si-Robotics project was financed by MIUR with the National Operational Program for Research and Innovation 2014-2020, within the ‘Technologies for living environments’ area 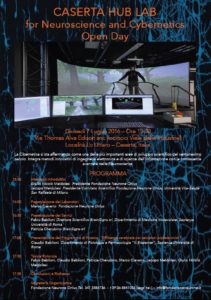 Open Day for Neuroscience an Cybernetics organized by the Neurone Foundation. Dozens of young entrepreneurs mainly from Campania are invited.

The aim is to implement Neuromarketing studies for the economic development of the territory. 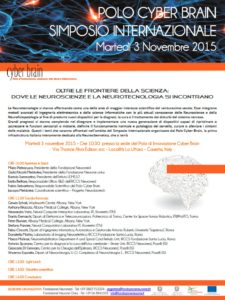 The Cyber ​​Brain Hub Lab was born, the first infrastructure in the South of Italy financed by MIUR with European Union funds entirely dedicated to the study of Neuroscience and Neurocybernetics, featuring highly valuable electronic equipment, purchased and selected by researchers.

The presentation of the new laboratories took place on November 3, 2015 on the occasion of the International Symposium “Beyond the frontiers of science: where neuroscience and neurotechnology meet”, organized by the Neurone Foundation and the Neuromed Foundation. The Symposium was attended by some of the most illustrious names of the national and international scientific panorama, with which, in these years, the Neurone foundation has developed collaborative relationships.

The activity of the Cyber ​​brain Hub Lab is aimed at creating programs of brain-computer interfaces (Brain-Computer Interface), neuroprostetics, applied microelectronics and rehabilitation robotics. The final purpose of the applications of neuroprostetics, a branch of neurology that studies human-machine brain interfaces, consists in restoring the senses, motor functions and a normal life to individuals suffering from serious neurocerebral damage. 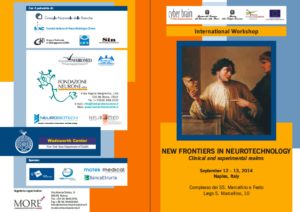 Progress of the “Cyber ​​Brain Innovation Pole” project, in which the OF1 training plan “Experts in the development of bionic systems with the Brain Computer Interface” is implemented.

The Neurone Foundation has set up 4 scholarships for specific professional figures to be trained in collaboration with university institutions and public and private research bodies at national and international level, with which the Foundation is in the process of entering into agreements and conventions for the realization of the planned enhancement objectives. In fact, starting from the Cyber ​​Brain project, the Neurone Foundation is about to start a series of scientific collaborations with the Brain Machine Interface Laboratory of the Italian Institute of Technology Foundation – IIT of Genoa, whose team leader is Alessandro Vato, Ph.D; with Albany Medical College and Wadsworth Center, Albany, New York; and with the Neuroelectric Imaging Laboratory and Brain-Computer Interface of the IRCCS Santa Lucia Foundation in Rome, whose coordinator is Donatella Mattia, M.D.

On September 12-13, 2014, the first international workshop “New frontiers in neurotechnology – clinical ad experimental realms” was organized in Naples by the Neurone Foundation at the SS. Marcellino and Festo monumental complex, with the participation of some of the most important scholars of the matter at national and international level. 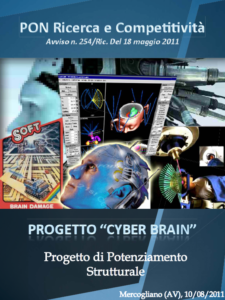 The objective of the “Cyber ​​Brain Innovation Pole” enhancement project is the realization of a series of investments aimed at creating an Innovation Hub specialized in the neuro-cybernetics sector. The Hub will provide innovative solutions to the people suffering from neurodegenerative diseases. 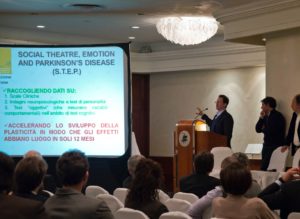 The scientific activity of the Neurone Foundation was characterized by the realization of a series of studies.

Scientific responsible is Prof. Giovanni Mirabella, Ph.D., who directs a group of researchers and neurologists from the Sapienza University. Medical director is Nicola Modugno, M.D. Director of the theater team is the actor Paolo De Vita who guides the teachers of the theater team.

As regards the creation of social events aimed at information and fundraising, with particular regard to the 5 x 1000, we would like to recall the gala evening of the Neurone Onlus Foundation which took place at the Rome Cavalieri on February 18, 2012, featuring the presentation of the Cyber ​​Brain Innovation Pole Project as well as the participation of doctors, engineers, researchers, and those who supported the Neurone Foundation.

The evening was presented by the TV presenter Gabriella Facondo. The famous harpsichordist Andrea Coen performed a repertoire of English Baroque music, attended by his son, the actor Edoardo Coen, who declaimed some Shakespeare’s Sonnets. 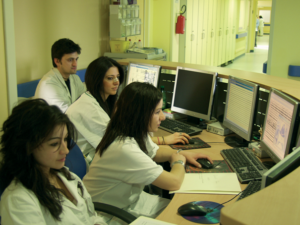 In the time since its establishment, the Neurone Foundation has entered into and signed several collaborations with important Research Institutes.

The period from 2006 to 2011 was mainly characterized by the collaboration with the Epilepsy Surgery Unit of the IRCCS Neuromed Institute of Pozzilli (IS), as part of the Agreement Protocol signed on 22 November 2006. In particular, we would like to recall: